So…, what else does Phobos Industries do? 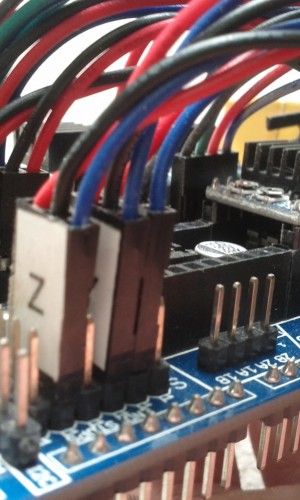 Ok, until now I have focused exclusively on the development of the motion simulator. While this is great fun and has a very promising future, it is not the only thing that I work on in my shed. I have a good/bad habit of being interested in a great many things, a lot of which don’t have much crossover just yet. Good because variety is great for the mind, and bad because my spare time is already pretty thin.

Other then the Motion Sim what else does Phobos Industries do,,, 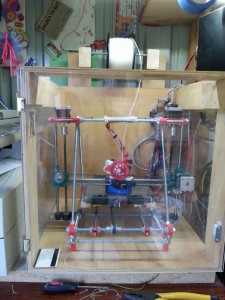 My Prusa Mendel i2 3D Printer

The prototype motion sim is being developed with the help of 3D printing and this was one of the main drivers of building a 3D printer at home. My interest in 3D printing has been growing rapidly as I use it and develop for it. My current machine is a Reprap Prusa Mendel iteration 2, which was built from a scattering of plans on the internet. Building the printer was great fun, but calibrating it was an absolute pain. At the time I didn’t know much about all the variables, and so making adjustments was very hit and miss. I’m much better now that I have a lot of experience (mostly through failure) but there are still some things that elude me, like finding a good ratio between print speed and extruder temperature. The Prusa i2 is a pretty good machine for what it is, but I have plans to upgrade it and also plans to build another. Now that I know it’s limitations I can effectively choose the right features of the new printer. Volume size is OK at the moment, but bigger would be nice. Auto bed leveling is a must. Having to level the bed before every print by hand is tedious and time consuming. Dual extrusion will be great, but it could always be added later.

On a side note I am drafting a proposal for my daughters school that includes the construction and use of a 3D printer for all the students and teachers to use. We have spoken with them informally and there is a lot of interest. I will choose a model, come up with a build plan, and get some teachers and students involved with the construction and calibration at the school. I think there will be a good sense of accomplishment and community by having the students and teachers assist with the build. This will hopefully get more people interested in 3D printing, and spawn a new wave of young minds into creative roles in our society. 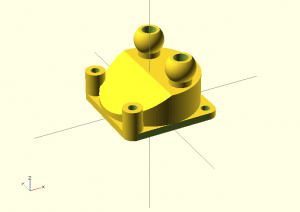 Something that goes hand in hand with 3D printing, is 3D modelling. While not as impressive to an observer, 3D modelling is just as/ if not more important than printing. A lot of the parts I have made so far have been mechanical in their design (and therefore maths derived) which lends itself to the free software OpenSCAD, which is very useful for anyone who has programming an/or maths experience. I recently showed a 3D model to a friend who has a lot of experience in other software, and he was very intimidated by the coding required for a good model. It works for me, but not so much for others. I would like to try some other packages soon. I tried SolidWorks, but it has a pretty steep learning curve. Instead I would like to try SketchUp, as I have read good things about it. I will surely update these blogs as I progress. All of the parts for the motion sim prototype were designed in house on OpenSCAD, and so for any upgrades of modifications, I will continue to use this software. 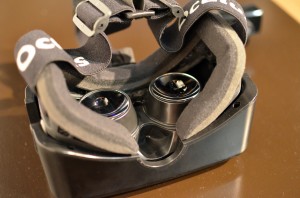 Who isn’t excited by the prospect of virtual reality? It has so much potential and so many different ways to deliver. I am not just referring to the head mounted displays (HMD) which are being talked about quite regularly these days, but by the immersive technology on the whole. That being said I have only just received my Oculus Rift DK2 and I am still getting my head around it’s little nuances. I would like to integrate this technology into the Impulse Portal as it develops, but there is so much more. I have read a lot of great ideas, and have some ideas of my own. While entertainment seems to be the most prominent purpose, I also see it being used as a fitness training aid for things like treadmills and exercise bikes by removing the monotony of looking at a wall, and perhaps exploring without leaving the house. Psychologists can use it to help patients with phobias by controlling their level of digital exposure and slowly desensitising them. Bedridden elderly can explore their surroundings, and so give them a sense of hope or purpose again. I know none of these ideas are original, but they are powerful all the same. This may be why Facebook recently acquired Oculus VR for nearly $2 Billion. If had the funds, I would also be investing. Instead I will pledge some time to this great work in progress. 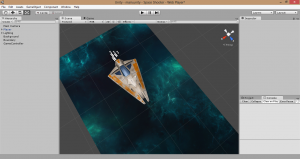 My first demo tutorial in Unity

The release of the Oculus Rift has renewed an old interest of mine in the way of video game development. When I was a kid,by brother and I played a lot of video games. One of our favourites was Duke Nukem 3D, and I remember learning about the level editor included on the disc (“Build” by Ken Silverman I think). It was a time when the internet was going pretty strong, and there was a reasonable community of enthusiasts like me who wanted to unleash their creative side. I could download other peoples designs and try them out. This was the catalyst into my own ideas of environmental design and game development. At first I used the game engine to bring to life house designs that I had been working on (as a kid I wanted to become an architect). Then as I got better at using the tools, grand and complex worlds were created. I was very proud of my designs, but never published them or shared them with anyone. The kick I got out of it was just the creation itself, it didn’t matter what other’s thought. One of my designs even hit the maximum polygon count that the engine could handle, even though I wasn’t finished yet! My interest has swayed back again to this style of art, and I have recently found myself learning how to use a game engine called Unity3D. Great piece of software, but I have a long way to go before I can make cool stuff again. Learning how to code in C# is a benefit here, but I haven’t finished learning that either…

Come to think of it, I seem to rather enjoy building virtual environments, rather than games. The easy access point for me has always been the game and it’s engine, but I also liked playing with other programs like “Terragen” and “Minecraft” to generate worlds rather than experiences. It is very pleasing to create a place from nothing, and go just to experience being there, without another purpose. I find this very relaxing and rewarding. I hope others do too. 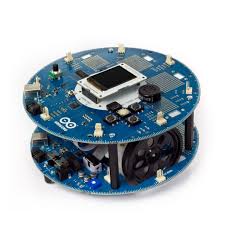 I have always had a love for robots. They are very complicated machines that operate on a given set of laws and instructions. Very mathematical and precise. Since the release of the humble yet powerful Arduino, hobby robotics has exploded into a much more accessible field for amateurs like myself. The Arduino is responsible for the operation of my motion sim prototype and is the reason I learned to code in the first place. I have much more to build in my future, and it will only get better from here. On the automation side of things, I still go to work sometimes, and say “wow” at some of the machines I get to work around. Palletising and de-palletising robots, packing machines, carton erectors. All of these processes make me stop and admire the engineering and machining involved. I just love mentally disassembling the machine to see how all the parts fit together, and I wonder if I could make one too, what would I do differently, how would I improve the design, etc.

Now if we combine some of these ideas together, we have technology like telepresence robots via virtual reality, an exciting and promising field which I would love to be part of one day. Motion simulation will play a part in this, as will robotics and virtual reality. My medium term goal is to build on all of these concepts, and merge them into a unified project. 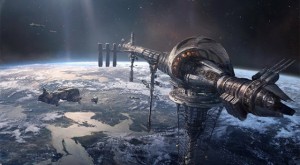 Looking to the future of Phobos Industries, I see three more ventures (work with me here, it’s not as impossible as it sounds). The space elevator is an idea which has been floating around since the 1950’s, but has recently become a semi feasible endeavor. Achievements in the way of materials engineering have given the space elevator concept a great kick forward. A material like carbon nanotubes has the required tensile strength to support it’s own weight over the 36,000 km span, but we haven’t been able to produce them in any meaningful lengths. At least not yet. We should be prepared for the inevitable delivery of such infrastructure into orbit, and all of the unknown industry which is sure to follow.

One of the first such industries to eventuate from such an elevator would be space tourism. Hotels built up in geostationary orbit would be a very unique way to spend ones holidays. It won’t take long from there for more established colonies to emerge. Self sustaining communities will eventually be developed and humanity will be on it’s way to becoming independent of mother Earth.

A steady supply of minerals and materials will be needed for this grand adventure, and where better than from the asteroids. Advances in robotics and telepresence will allow humans to take control of machines to work in inhospitable locations, and perform complex tasks than machines cannot yet do. This is not to say that machines will never be able to outperform a human, but it may be more economically feasible to have humans perform the finer control, than developing an incredibly sophisticated machine for a reasonable cost. This is however just speculation, but it is fun to think about.

This is the long and grand plan of Phobos Industries (concise version). It may take a very long time to achieve, but it is achievable and I would like invite you all to take the journey with me.