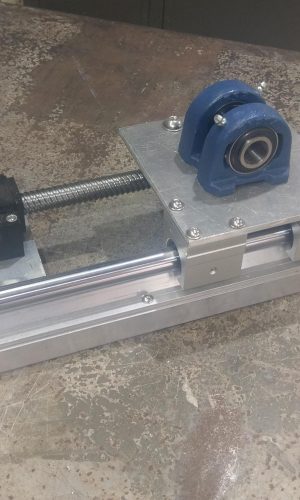 I’ve now spent hours on research into all the different combinations of servo motors and drives on the market at the moment. Places like AliExpress helped to narrow down what was even available, though I didn’t buy from there in the end. Identifying all the pros and cons of the differing motor types wasn’t easy, but if I’m going to invest a lot of money it had better be the right one or at least close enough.

The most suitable motor drive combination for the delta rig motors worked out to be 1.3kW (8.27Nm) servo drives, which operate on mains voltage (240V AC in Australia). The drive contains all the positional PID code similar to what I wrote for the original bench test, but operates much smoother and faster. The motor has a maximum speed of 3000RPM, which when coupled directly to the ball screw will be more than enough response for good simulation. 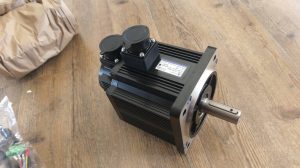 Bench testing the servo in a similar way to the first version has shown it to be very powerful, more than enough to lift the mass of the chair and occupant. We don’t want to cause whiplash on the volunteers who end up testing the chair, but it would be nice if there was enough grunt to do so anyway. When the final delta rig is assembled then we will find out who is still prepared to be the guinea pig! 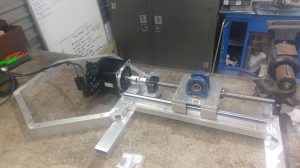 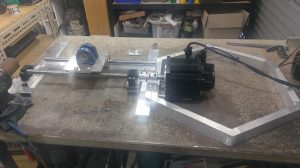 First steps have been made on assembly and integration, with some problems creeping up needing better solutions. But it’s progress nonetheless.