Kids can really surprise you 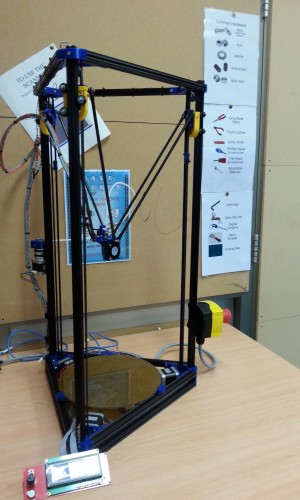 We have had 4 lessons with the children now, and they are going great! At first the teacher assisting us was skeptical of the idea that 10 and 11 year olds could build a 3D printer, but they have proven to be very adaptive and quick learners. The class has 8 children, half from both grade 5 and 6. Some are from OC classes, enrichment classes and others from the standard groups.

For the first lesson we had the children split into groups of 4 after a quick talk. Each group worked on a triangle section, either the top or the base. The build went well enough, but I guess I thought we would have more time. All the kids were keen, asking lots of questions and all were having a try. Towards the end the kids began working really well together, coordinating the complex parts and sharing ideas about the best way to follow a given instruction. I learned a few things as well, terms like “nut” and “washer” aren’t as common as I first thought! A few information posters later and we were ready for lesson two. 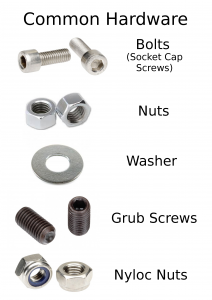 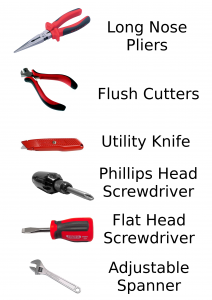 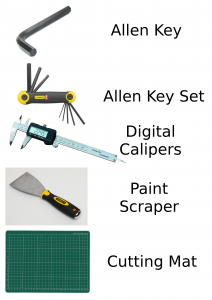 This time we jumped right into building, we didn’t have much time to talk about thermoplastics and g-code, oh well. Same as last week, this time building the carriages, end effector, extruder and end stops. This is where some of the more adept kids showed off their innate talent. The carriages were probably quite difficult, but that didn’t stop them.

Lesson 3 went even better. We had 4 groups of 2 to finish off all the tricky components that go into the final assembly. The carriages were attached to the end effector in what looked like some sort of spider monster. The electronics and glass bed were prepared, then all the pieces fit nicely together. At one point there were all 8 kids leaning over the table to hold or tighten something! Great team work too, lots of good communication and coordination. When it was time to go for lunch, several returned minutes later, crumbs still on their faces to work through the break. These kids had only a couple of hours to put together a printer from parts in a box, and they did great! 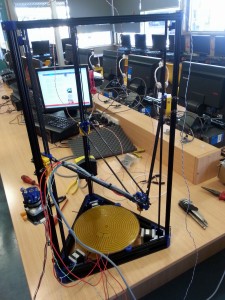 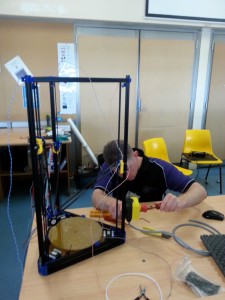 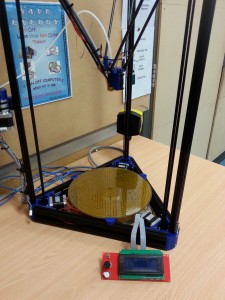 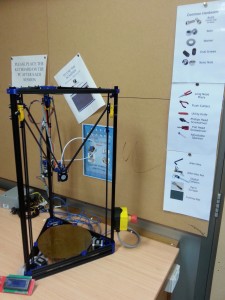 There were a few goals from the beginning.  We wanted the children to think outside the square. Not many are given this sort of opportunity, but I had a feeling they were capable. We wanted to see that “Ah huh” moment when something tricky just makes sense. We wanted to get the kids asking questions, looking for a deeper understanding of how this machine works. But mostly we wanted them to start a project and not want to put it down. They wanted to continue, even to skip lunch and keep on building. I found that tether to their creativity and I gave them a tool to unleash it! We accomplished everything we set out to achieve and more,and it has only been 3 lessons.

We’re not quite finished yet though. A small fault in the motor driver board postponed the calibration stage until a replacement arrives. The build is pretty much over, but now they are learning how to design for it, and soon they will operating it.

I would love to take this workshop to other schools out there. If you know of any kids who need to find an outlet for their skills or talent, then don’t pass this up. This is only the beginning. There is so much more to learn and share.